Let's Write Together: Use a Collaborative Mindset to Improve Your Writing

I'm so pleased to share Jo Sparkes with the Not Bob crowd. She's had experience working in collaborative writing environments and is sharing the benefits of that process and mindset today. Jo has written scripts for Children's live-action and animated television programs, a direct to video Children's DVD, television commercials and corporate videos. She's been a feature writer on ReZoom.com and a contributing writer for the Arizona Sports Fans Network; where she was called their most popular writer, known for her humorous articles, player interviews and game coverage. Jo was unofficially the first to interview Emmitt Smith when he arrived in Arizona to play for the Cardinals. She has adjunct taught at the Film School at Scottsdale Community College, and stood in front of the camera for a video, "Stepping Above Criticism," capturing a popular talk with her students. Her new book, Feedback How to Give It How to Get It, shares her lessons learned with writers, and indeed everyone dealing with life's criticism. 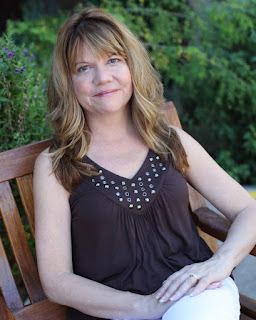 For me, the criticism a writer gets is the hardest part of writing.

Working in the corporate world, feedback never bothered me. If I made a mistake, I just fixed it. If someone had a better idea, great. I suppose there wasn't a lot of little emotional attachment.

Letting Go of Ego and Perfection
Writing is different. There's a part of the soul out there, so it's tougher not to take it personally.

And having fallen in love with writing scripts, I think it was even worse. All writing is subjected to criticism, but scripts are not written for a general audience. They're a blueprint for other artists, used by those artists to construct something new. By their very nature, scripts are a target for criticism and change. It's a collaborative art.

It's a tough gig.

Gradually you either find a way to survive, or you move on to other writing. I survived with a combination of a new mindset and a process.

The mindset was seeing the scripts as work for hire, and the various people involved as clients. Most of my work was corporate videos or commercials, so it wasn't a difficult leap. I'd been brought in to write something, and I knew it would take several iterations, and that everyone involved would have input.

The shift came in realizing there was no 'right' answer, no perfect script. Early on I thought if I was really a good writer, it wouldn't need fixing. That I would have it perfect the first time.
Collaboration Isn't So Bad
But collaboration really isn't so bad. Each artist brings his/her own view, own experience to the table. A set design and a clever wardrobe add the right hint of flavor. A director has to make it his/her own, bringing personal experience to bear. Without that there is no passion.

Of course the writer has to have passion. Of course we have a vision, a story to tell. But that vision need not be myopic.

It helps, greatly, to be the one to make the changes. To be a part of that collaboration process. And to do that, you have to be part of the creative team, not the roadblock in the path. I honestly believe that's why writers are often banned from the set.

If you think you have a great blog post idea, click here to learn how to get the conversation started. I'm sure if you think it's important, I may too.

Check out previous Not Bob posts for writers: